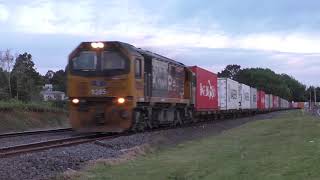 Trains 200, MP8 and 334 through Paerata on a Sunday evening, along with some ADL class DMUs on Pukekohe shuttle runs 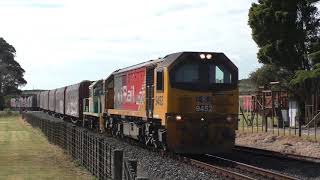 DL 9452 heads train 138 through Glenbrook to the steel mill at Mission Bush, with shunt locomotive DSC 2720 in tow 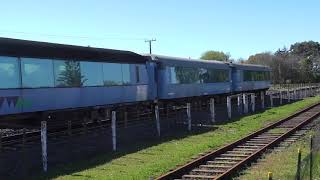 Glenbrook Vintage Railway took delivery of their latest acquisitions from KiwiRail, AO 198, ASO 110 and ASO 1, delivered by train 138 after a journey over several days from Middlemarch 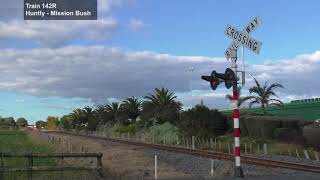 RM 30 on a chartered run from Hamilton to Mission Bush and return, seen here crossing Heights Road on the second trip of the day. The railcar was charted for the weekend by the Railway Enthusiasts Society, with two trips to Kinleith scheduled for the following day. Shortly after RM 30 passes through, DL 9452 passes through the other way with train 142R 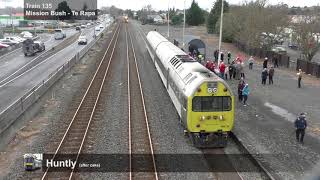 To celebrate the 60th anniversary of the Railway Enthusiasts Society, Silver Fern railcar RM 30 was chartered for a short jaunt from Auckland to Huntly via Glenbrook, with a side trip to Victoria Ave included hauled by DBR 1295. At Huntly, a celebratory cake was cut as part of the ceremonies 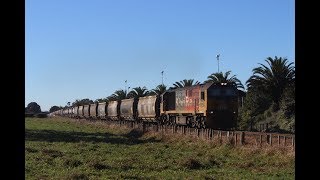 DL 9158 leads train 138 across Heights Road near Pukekohe, en route to the steel mill at Mission Bush, on a clear winter's morning 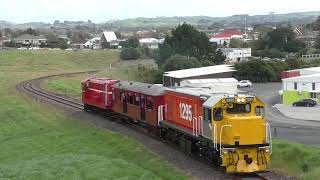 DBR 1295 and De 507 provided cab rides from Victoria Ave to Fernleigh, put on for the nearby Steel 'N' Wheels festival in Waiuku. The cab rides were popular and proved worthwhile for the GVR 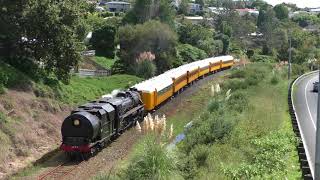 Mainline Steam's Ja 1275 ran a number of shuttle trains from Whangarei to Portland and Kauri over Easter 2018, for the Big Steam event over the holiday. The train was run by Glenbrook Vintage Railway using their mainline fleet, with the services proving very popular with locals 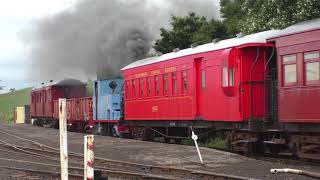 DBR 1295 appeared at the biannual Day Out with Thomas weekend at Glenbrook Vintage Railway, appearing in a new livery. A steam train (hauled by Ja 1275) and a diesel train ran over the line to Fernleigh during the weekend 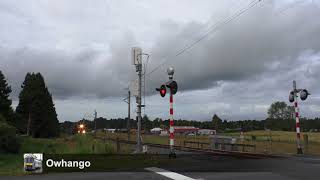 Six ex-Auckland SA carriages moved from Taumarunui to Palmerston North on 17 February 2018, and onto Wellington the following day. DL 9498 moved the carriages as train B55 from Taumarunui. The carriages are off to Hutt to be cleaned up and refurbished for a tourist train 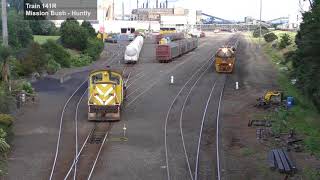 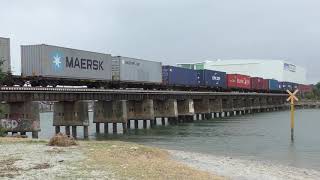 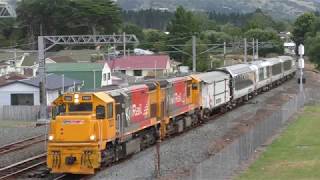 DFB 7023 and DFB 7199 lead train 200, the Christmas Eve Northern Explorer, into Papakura station. Due to a recent spate of breakdowns of DFBs on Wairarapa Line trains, all of those trains and the Northern Explorer are double-headed as an immediate solution 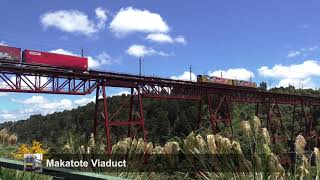 The northbound Sunday daytime freight service, train 240, seen at Waiouru and crossing Makatote Viaduct, with EF 30226 and EF 30134 on the head 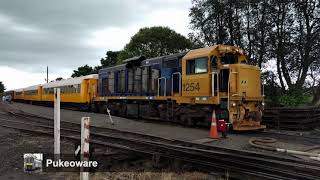 Making their first run as heritage locomotives, DBR 1254 and DBR 1295 made an appearance at the GVR, on an RES members only train. DBR 1295 was not performing well so was placed on the turntable at Glenbrook, leaving DBR 1254 to head the train on its own. Several photo runs were made during the day, to show off the GVR's new locomotives to members 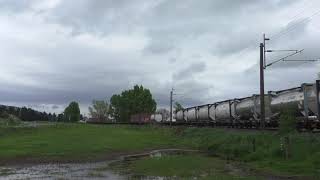 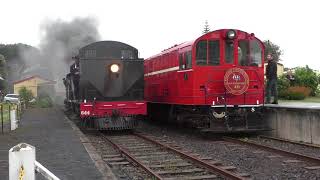 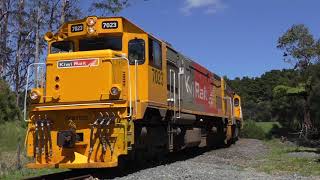 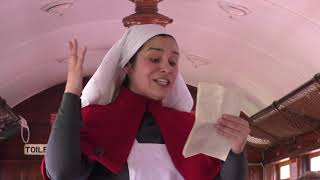 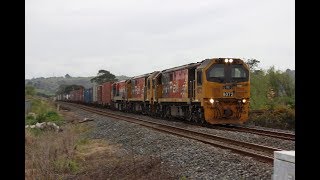 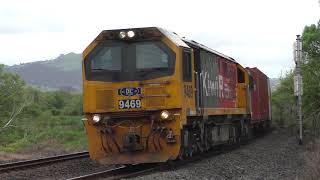 All photos and videos on this site are licensed under a Creative Commons Attribution-NonCommercial-NoDerivatives 4.0 International License.
Attribution to https://nzrailphotos.co.nz is required. If you wish to use photos for commercial use or for an exception to this licence, please seek permission first. Fees may apply.