AM class in service

Auckland's AM class in regular passenger service shortly after introduction
39 photos in this gallery. Showing photos 25 - 39 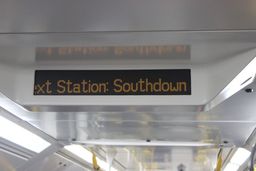 The workaround had issues too however, with the next station indicator skipping stations and even showing Southdown. This station closed in 2004, three years before electrification was announced and a decade before the class entered service, and was not on the Eastern Line service the train is running 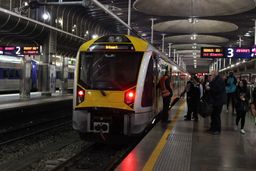 AM 116 arrives back in Britomart 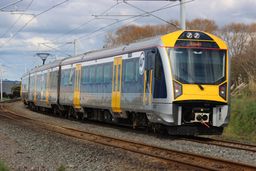 AM 103 runs a Manukau Line service, seen near the Purewa tunnel. EMUs now run interpeak services on the Manukau Line 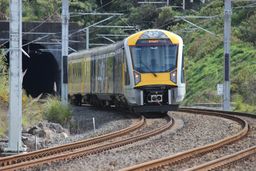 AM 103 enters the tunnel portal 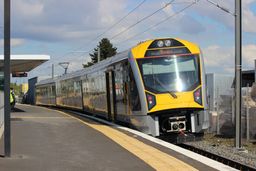 AM 185 at Glen Innes station, heading from Manukau to Britomart 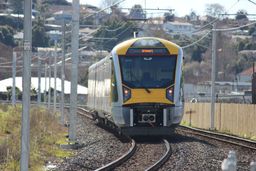 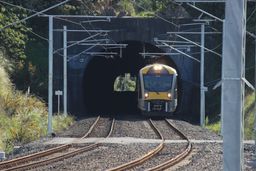 AM 185, returning to Manukau, exits the Purewa tunnel 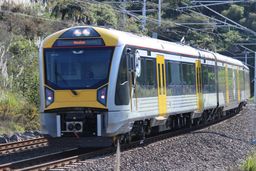 AM 185 seen shortly before arriving at Glen Innes 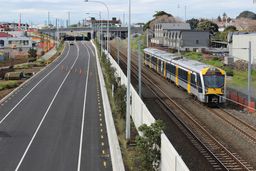 AM 172 skirts along the new AMETI road, almost ready for traffic 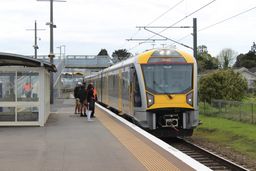 AM 116 arrives at Puhinui en route to Manukau 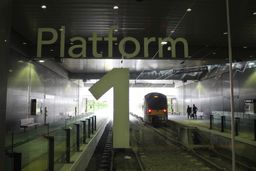 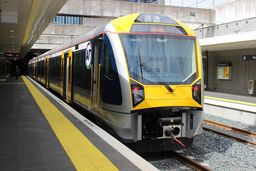 AM 116 shortly before departure 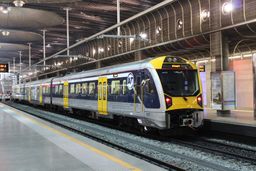 AM 225 waits at Britomart to run to Manukau 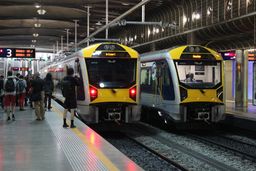 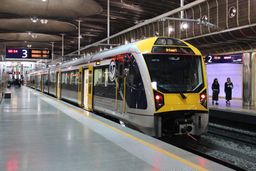 AM 185 now stands on its own at Britomart

All photos and videos on this site are licensed under a Creative Commons Attribution-NonCommercial-NoDerivatives 4.0 International License.
Attribution to https://nzrailphotos.co.nz is required. If you wish to use photos for commercial use or for an exception to this licence, please seek permission first. Fees may apply.
12